← more from
Scotch Bonnet/Scrub a Dub 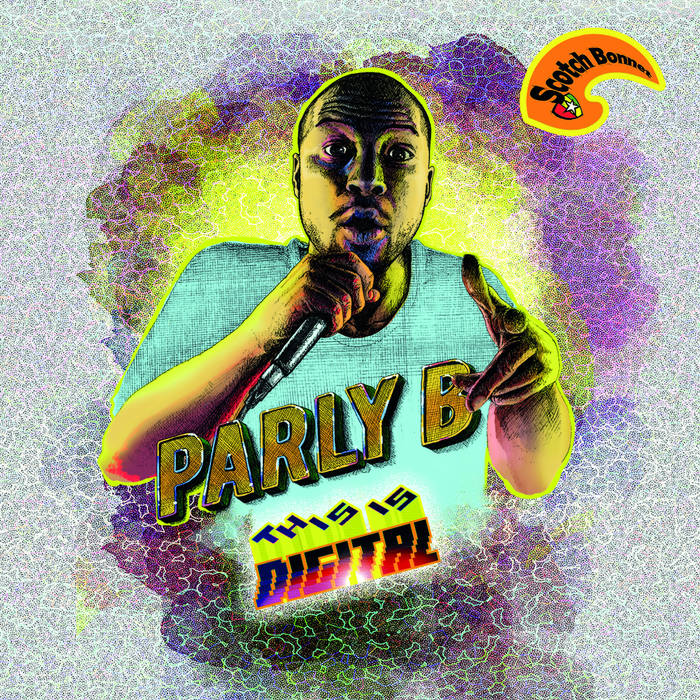 Parly B first held the mic as a teenager in the 90s, inspired by dancehall legends such as Capleton, Papa San and Cutty Ranks. He got involved with his local scene in Doncaster mainly hosting Jungle nights, so he is as much at home in a rave as in a dancehall session. In fact, he only burst into the dub and reggae scene relatively recently, but with a vibe and distinctive sound that producers are hungry for, so he has quickly amassed a large catalogue. Scotch Bonnet Records felt it was time to put together a collection of his work on the label and it was hard to decide what to leave out.

Fellow Yorkshireman Tradesman was the first to release tunes with Parly B on Scotch Bonnet with Know bout style and the Springbox riddim causing a sensation in 2013.

Subactive Sound from Strasbourg were also working on a modern dancehall tip, being responsible for the pumping Peppa dem riddim.
The title track, This is digital, is produced by Mungo’s Hi Fi in homage to King Tubby’s firehouse label. The riddim was originally made as an alternate dubplate cut for Top Cat’s Herbalist vocal, and has since seen a release on YT’s No wata down ting LP.

Babylon a come - taken from the album ‘Serious time’ and featuring a weapons grade sub that you need to hear on a soundsystem.
Lock off is a brand new track from Chief Rockas for whom this is their first work on Scotch Bonnet. What a time has been produced by Escape Roots and features Walk n Skank’s prodigious resident MC Tom Spirals. The track has kindly been licensed from their More free vibe label.
Duppy is a brand new track produced by Greece’s no.1 Junglist, Fleck, here flexing on a rare deep dubwise tip.

Indubitably the nicest rudeboy you are likely to meet. Ahaa!

Bandcamp Daily  your guide to the world of Bandcamp